Hola Kristiina,
Here we go again for an update on Dani´s progress. Please find the latest details coming from Tesfaye:
February 21st:
“He is doing very fine and the wound at the left heel is fully recovered. This couple of days
on 17/02/20017 and 21/02/2017 we were in prosthetic orthopaedic center for the new
left leg -KAFO, knee ankle foot orthopaedics- that prescribed doctor Tim for correction of knee and ankle, in order to keep normal posture and for stability during standing and walking.
Tomorrow February 22, he has appointment in Christmas hospital for his continuous follow up that he was appointed, after four months, with doctor Zenebe, for his epilepsy; though his epilepsy is controlled for a year and three months now.”
March 4th:
“On February 22, Zelalem and I have taken Dani to Dr.Zenebe for his continuous follow up.

After we have explained Dani is in good condition and his epileptic attack is almost controlled, the Doctor has decided to decrease the medication for five months.

On this week Dani has also continued to go back to the school again after four months rest due to the surgery. He is happy and excited.” 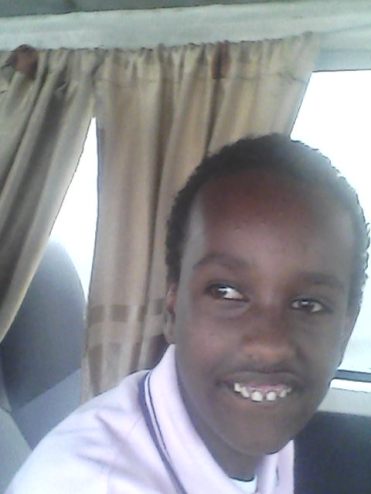